Did you know that...

“In recent decades, environmental exposure to man-made sources of EMFs has risen constantly, driven by demand for electricity, increasingly more specialized wireless technologies and changes in the organization of society; whereas the end effect is that every individual is now being exposed to a complex mixture of electric and magnetic fields of different frequencies, both at home and at work” European Parliament resolution on the health problems associated with electromagnetic fields (2008/2211) [1]

Electromagnetic fields of all frequencies represent one of the most common and fastest growing environmental influences, about which anxiety and speculation are spreading. All populations are now exposed to varying degrees of EMFs and the levels will continue to increase as technology advances. World Health Organization [2]

Cell phone mast, mobile phone antennas or base stations that are now situated in every neighborhood, are the main cause for the rapid increase of electromagnetic pollution in recent years.

The constant technological upgrades of the transmitted signals (2G, 3G, 4G and so on) and the growing demand for quicker and greater data transfer (audio, image, video, Internet) by mobile phone users, is causing the increased number of cell phone masts, many of which operate illegally.

"Thus in the frequency range 100 kHz to 300 GHz, 50 years ago it was scarcely possible to measure 10 pW/cm2 on the ground in our countries. Today, depending on the location, values one million to one thousand million times higher are recorded because of the explosion of telecommunications." European Parliament Resolution B3-0280/92 [3]

The antennas are often camouflaged as heaters, signs, chimneys etc. so as to avoid confrontations with the neighbors.

Where are high radiation values most commonly recorded?

In densely populated areas due to the presence of many cell phone masts and especially in the higher floors of buildings, because they are usually more exposed to wireless radiation than the lower floors.

Since May 2011, the World Health Organization (WHO) has listed wireless radiation as "possible carcinogens."

More about mobile phone masts and their impact on health..

"More meaningful is to ask whether there is an established potential risk to human health from exposure to GSM/TETRA radiation: the answer is undoubtedly ‘yes’.It is probably true to say that if a similar degree of risk and uncertainty as to subjective noxiousness obtained in the case of a new drug or foodstuff, it is unlikely that they would ever be licensed.” Dr. Gerard Hyland, Biophysics, University of Warwick, 2 times Nobel Prize contender [4]

How much radiation from cell phone masts is safe?

Many scientific bodies in recent years suggest exposures to radiation of high frequencies <100 microwatts / m2 (higher prices may be recorded even at distances >500 meters from the antenna, especially when there is line of sight).

The permissible limits by the law are much higher. More about the safe levels of exposure..

How can I measure the radiation from the cell phone masts in my area?

How can I reduce my exposure to cell phone masts radiation? 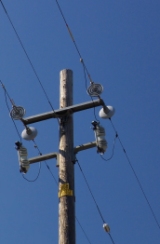 Did you know that the low voltage power cables which bring electricity to our homes, may expose you to higher magnetic fields than the high voltage transmission lines?

This is because the magnetic fields depend on the amount of flowing electricity and low voltage cables can be overloaded especially in densely populated areas.

Magnetic fields have increased significantly in recent years because of the increase in consumption of electric energy.

Where are high radiation values most commonly recorded?

At a distance <10 meters of low and/or medium voltage cables, particularly in densely populated areas.

High magnetic fields can be recorded in apartments on 1st and 2nd floor that have overhead low or medium voltage cables nearby.

You can locate the cable by using a magnetic field meter.

More about power cables and their impact on human health..

“Very recently, new research is suggesting that nearly all the human plagues which emerged in the twentieth century, like common acute lymphoblastic leukemia in children, female breast cancer, malignant melanoma and asthma, can be tied to some facet of our use of electricity.There is an urgent need for governments and individuals to take steps to minimize community and personal EMF exposures.” Dr. Samuel Milham, Medical researcher occupational epidemiology [5]

How much radiation from power cables is safe?

The World Health Organization has listed low frequency magnetic fields as "possible carcinogens" based on surveys that report doubling of childhood leukemia from exposure to 300-400nT.

The permissible limits by the law are much higher.  More about the safe levels of exposure..

How can I measure the radiation from the cables that are next to my house?

How to reduce my exposure to magnetic fields from nearby wires?

Did you know that the antennas of wireless phones and modems may expose you to higher high-frequency electromagnetic fields than a nearby cell phone mast?

This is because they are used indoors in very short distance from our body.

Where do we commonly record the highest radiation values?

In apartment buildings and offices because of the multitude of wireless devices.

Radiation from cordless phones and modems has been linked to increased risk of brain cancer, heart arrhythmias, infertility etc.

Since May 2011, the World Health Organization (WHO) has listed wireless radiation as "potential carcinogen." More about wireless phones and modems and their effects on health..

More about wireless phones and modems and their effects on health..

"Based on the existing science, many public health experts believe it is possible we will face an epidemic of cancers in the future resulting from uncontrolled use of cell phones and increased population exposure to WiFi and other wireless devices. Thus it is important that all of us, and especially children, restrict our use of cell phones, limit exposure to background levels of Wi-Fi and that the government and industry discover ways in which to allow use of wireless devices without such elevated risk of serious disease. We need to educate decision-makers that ‘business as usual’ is unacceptable. The importance of this public health issue can not be underestimated.” Dr. David Carpenter, School of Public Health, Albany, New York University [5]

What amount of radiation from wireless phones and modems is safe?

Most scientific bodies in recent years suggest exposure values in high frequency radiation <100 microwatts / m2 (higher values recorded usually when there is a wireless device at a distance <4 meters in the same or adjacent area).

The permissible limits by the law are much higher.  More about the safe levels of exposure..

How to measure the radiation from wireless phones and modems, mine and my neighbors?

How to reduce my exposure to radiation of wireless phones and modems? 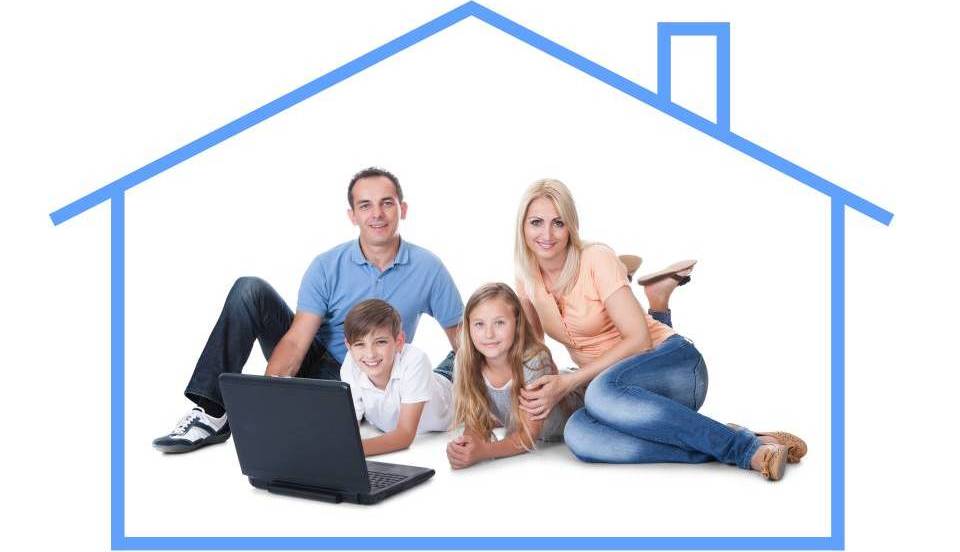